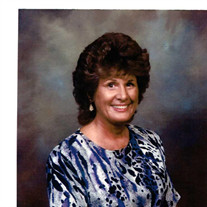 Barbara Wilkes Burton, 81, of Seminole, entered into Spirit on December 17, 2018 after a short illness. She was born in Clearwater, Florida on January 15, 1937 and was raised on Clearwater Beach—fishing, beachcombing and enjoying the island life. When not hanging out at the Palm Pavilion, Pelican Restaurant or her parents’ Clearwater Beach Grocery and Market on Mandalay, she and her sister, Sandy, were catching bass at their Aunt Sybil’s fish camp on the Withlacoochee River. “Bobbie Jo,” as she was known as a child and teen, graduated from Clearwater High School in 1955, where she worked on the school newspaper, honing a talent for writing that she would share with family, friends and local newspapers throughout her life. She attended Florida State University and graduated with a B.A. in English from the University of South Florida in 1969. She was married twice and had a long career selling cosmetics and fine jewelry with J.C. Penney in the Sunshine Mall. In 1989, she became an ordained minister and performed numerous weddings throughout the Tampa Bay Area. She discovered that she had a gift for perceiving things that others didn’t notice, becoming widely appreciated for her psychic readings. She loved literature, poetry, theater and travel. Most important to her was her sobriety, which she maintained for 29 consecutive years as a friend of Bill W. She is survived by her children, Lisa Gael Harris Fehling (Carl) of Palmetto, FL and John Michael Harris (Traci) of Jasper, GA; her sister, Sandra Seal (Burton) Rife of Williamsport, PA; her grandchildren-- Antonia, Brittani, Kristi, Jakob, Savannah, and Quinn; her nieces, Gabriela and Ariana; as well as numerous other family members and friends. A Celebration of Life will be held on January 27, 2019 at 1:00 pm at the Church of the Isles on Indian Rocks Beach. In lieu of flowers, please consider making a donation to the American Cancer Society.

Barbara Wilkes Burton, 81, of Seminole, entered into Spirit on December 17, 2018 after a short illness. She was born in Clearwater, Florida on January 15, 1937 and was raised on Clearwater Beach&#8212;fishing, beachcombing and enjoying the island... View Obituary & Service Information

The family of Barbara Wilkes Burton created this Life Tributes page to make it easy to share your memories.

Barbara Wilkes Burton, 81, of Seminole, entered into Spirit on...

Send flowers to the Burton family.