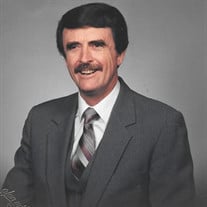 Obituary for Dr. Don E. White, Pastor. Age 86. Born October 16, 1931 Died December 14, 2017 Don White was born to Carol and Elmer Clarence White in Greeneville, TN. His father was a sharecropper and then became a chemist with The Kodak Company. Don loved to play baseball while growing up and excelled in it during his high school years. He wanted to become a chemist but then he became saved just before nineteen years of age. God began to call him into the full time ministry. He often said that he was a boy preacher and was ordained by age twenty. After college and seminary, he began his ministry in the Evangelical United Brethren Church (EUB) in Johnson City, TN. He continued to minster with the EUB when he arrived in Bradenton, Florida The EUB merged with the United Methodist Church in 1968. Don was the pastor of Emmanuel UM Church in the mid 1960s. He stayed with the church until 1970 when he founded the Church of the Cross. He was pastor of the Church of the Cross until 1975. During this time, he met Beckie Barnes, who became his wife. She predeceased Don on January 2, 2017 after over 42 years of marriage. Don was also an Evangelist. He did numerous evangelistic services all over the United States and Canada. He and Beckie teamed up with Fred and Muriel Fleck in 1974 to do those services. The Flecks were known as the Singing Flecks. Muriel played the violin and Fred would do a lot of the signing. They did this for nearly twenty years. Don and Beckie left Bradenton, FL in 1975 and moved to El Cajon, CA, where he was the pastor of a Church of the Brethren congregation. In late 1976, he received a call to become the founding pastor of the Good Shepherd Church of the Brethren. He was the pastor of the church for thirty-five years until his retirement at the end of 2012. Don loved to sing as well. He was the lead singer of a quartet called the Singing Shepherds. The Good Shepherd Church had well over 500 members at one point with two services and a Spanish service led by Pastor Ben Perez. A memorial service will be held for him at the Good Shepherd Church of the Brethren at 3:00pm on Sunday January 7th, 2018. The church is located at 6323 13th St Ct E in Bradenton, FL.

Obituary for Dr. Don E. White, Pastor. Age 86. Born October 16, 1931 Died December 14, 2017 Don White was born to Carol and Elmer Clarence White in Greeneville, TN. His father was a sharecropper and then became a chemist with The Kodak Company.... View Obituary & Service Information

The family of Dr. Don E. White created this Life Tributes page to make it easy to share your memories.

Send flowers to the White family.