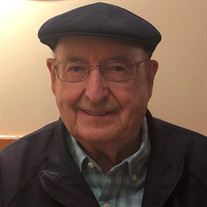 John Thomas Saunders, Jr., 91, of Ellenton, Fl, passed away on Sunday April 11th while at Greenbriar Rehabilitation Hospital in Bradenton, FL. The son of J. Thomas Saunders and Hester Harkins, Tom was born in Quincy MA on June17,1929.Tom is survived by his wife of ten years, Pauline of Ellenton Florida and Pauline’s children Steve Kenney of Ellenton, Richard Kenney of Tyler Texas, Deborah Shedlock of Palmetto (and her children Joseph, Matthew, Mark and Caitlin).Tom was predeceased by his wife Joan after 52 years of marriage. Tom is also survived by his son David T. Saunders of Rochester MA (wife Ann) and grandchildren Hannah, Rachel and Leah. Tom is also survived by his daughter Joanne Saunders of Sandwich MA and his granddaughter Emily. He is predeceased by his son Douglas of Cummaquid MA and is also survived by his grandchildren Dereck, John and Stephanie(spouse Drew) and great grandson Noah all of California. Tom is also survived by his brother Robert Saunders and family from Marshfield MA, his sister Anne Fitzgerald and family from Quincy, MA and predeceased by his siblings Daniel Saunders of Quincy MA and Eileen Buckley and family of Hingham ,MA. Tom is also survived by 16 nieces and nephews. A 91 year old veteran, Tom’s roots originated in Quincy MA with hours spent at ballfields and working for the Patriot Ledger. After his military service in the Korean War, Tom started to work in the finance industry and then began his long career working in healthcare leading to his eventual role as the Director of Patient Account Management for the Massachusetts Hospital Association in Burlington, MA. After many years in Canton, MA, Tom and his late wife Joan retired to Harwich, MA on beautiful Cape Cod. Together they spent many years in their lovely seaside community enjoying time with wonderful neighbors, friends and family. They enjoyed traveling to the mountains of Vermont and New Hampshire. Tom was also an avid golfer at the Cranberry Valley Country Club. When Tom reunited with his high school sweetheart Pauline, he relocated to Ellenton Florida and enjoyed a whole new lifestyle among the Florida sunshine and palm trees as Pauline’s family welcomed him with open arms. Tom and Pauline got married and were members at St. Frances Cabrini in Parrish and enjoyed their lovely home in the Ridgewood Community. For many years, Tom and Pauline drove back to Massachusetts each summer to visit with family and friends. Tom was known for his quick wit, sense of humor and love of sports, in particular baseball. Tom often told the story of his father’s brush with fame during his collegiate days playing baseball for Holy Cross when he hit a double off of Babe Ruth in an exhibition game. Tom loved watching the Red Sox and Tampa Rays on TV. When he lived in Canton, Tom was the founder and first President of the Canton Youth Hockey Association. Tom was also known for his impeccable knack for neatness, as evidenced by his pristine manicured lawns and lovely flowers. His patriotism was deep and he made sure the American flag proudly stood waving above his home. He enjoyed reading books about US Presidents and the captivating novels of Nicholas Sparks. Keeping busy for Tom meant printing pictures and displaying them in albums and frames. Always in search of a great meal, Tom and Pauline spent many evenings enjoying suppers at local restaurants and then relaxed watching old classic movies and musicals. Tom maintained a sharp mind and would glance through his cell phone picture library reminiscing of wonderful memories with loved ones. Tom was a proud family man who was always interested in hearing updates of loved ones near and far. Honoring Tom’s life would be to embrace our coming days with optimism, faith, hard work and strong family ties. In lieu of flowers, donations can be made to the Sisters of St. Joseph of Boston, csjboston.org. https://interland3.donorperfect.net/weblink/weblink.aspx?name=E341056&id=20

John Thomas Saunders, Jr., 91, of Ellenton, Fl, passed away on Sunday April 11th while at Greenbriar Rehabilitation Hospital in Bradenton, FL. The son of J. Thomas Saunders and Hester Harkins, Tom was born in Quincy MA on June17,1929.Tom is... View Obituary & Service Information

The family of John Thomas Saunders created this Life Tributes page to make it easy to share your memories.