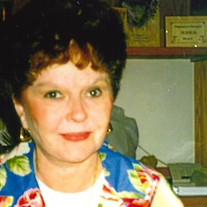 Linda K (Townsley) Wakefield, 81, passed away September 25, 2019. Linda Was preceded in death by her parents, Harold and Helen (Janes) Townsley of Hoopeston, Illinois, her daughter Susan Lynne (Wakefield) Kusak, granddaughter Megan Kusak, her brothers Jerry (Joann) Townsley, and Steven (Phyllis) Townsley. She is survived by her loving husband Gayle Wakefield, children Jeffry (Kathy) Wakefield, Steven Wakefield, grandchildren: Jeremy (Jane) Wakefield, Michelle (Nacomis) Wakefield (Casey), Daniel, Bradley (Melanie) Kusak, Eli, Jacob, and Seth Wakefield, eight great grandchildren, as well as many nieces and nephews. Born in Danville, Illinois in 1938, Linda graduated from Champaign Illinois High School in June 1956. Two months later she married the love of her life, Gayle. On August 24, 2019, they celebrated their 63rd wedding anniversary. Linda worked as a telephone operator in Champaign, Illinois from her senior year in high school until December 1957 when their first son Jeffery was born. Linda did not attend college, but learned numerous skills for success in the workplace. She attended culinary classes, became an excellent cook, and supplemented class knowledge with recipes from family and friends as well as her own creations. After Gayle completed retail management position with JC Penny and Sears, he taught Linda the skills of retail management, which she used to become a manager of two Hickory Farms Stores. She went on to win major management awards. Later Linda became the office managers of one of Gayle’s companies. In 1972, the family moved to Florida with their family. During the next four years she took courses in interior decorating, studied modeling, and worked as a model in Florida. Beginning in 1972 she and Gayle lived in Illinois in the summer, and Florida in the winter. From 1974 to 2000, Linda remained active planning and supervising interior decorating of homes and Gayle bought and sold, and occasionally decorated client’s homes. Linda enjoyed tennis, playing cards with friends, travelling, cruises, hiking, gardening, cooking, dancing with her husband and decorating homes. In late 1999, Linda began suffering from dementia and chronic pain caused by two serious accidents. Gayle was her primary caregiver for seventeen years along with daily caregivers during the last seven years allowing Linda to live out her life at home. Linda will be remembered for her kindness generosity, her love of family and friends, her inspiration to others pursuing a meaningful life, and being a most loving wife and mother. She will be missed by all.

The family of Linda Wakefield created this Life Tributes page to make it easy to share your memories.

Send flowers to the Wakefield family.