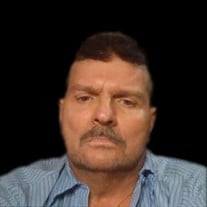 Mark Anthony Harris, 55, passed away peacefully on Saturday afternoon, March 27, 2021 at this home in Palmetto, FL. Mark was born on February 10, 1966 to Julia Loeffler in Columbus, Ohio. Mark remained in Columbus until 1988 until he moved... View Obituary & Service Information

The family of Mark Anthony Harris created this Life Tributes page to make it easy to share your memories.

Send flowers to the Harris family.