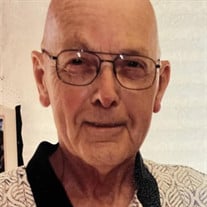 Noah “Bill” Willard Williamson passed away peacefully on August 25, 2021 at Life Path Hospice, Sun City Center Hospice House. Born December 31, 1941 in Peoria, IL, he was one of four children of the late Noah and Elizabeth Williamson. Bill worked for the Rock Island Arsenal in Rock Island, Illinois as an engineer and retired as a lead budget analyst for the Department of the Army. After retirement in 2003, he and his wife moved around from Iowa to Illinois to Missouri until finally settling in Sun City Center, FL. Bill lived his life to the fullest. He was completely engaged and committing to everything he did. He was an amazing husband to his wife, Evelyn Vivian “Viv” Williamson for 61 years, taking care of her after being diagnosed with Alzheimer’s, eight years ago. He was a pillar in his family and in his community. He would stop whatever he was doing to help anybody else even if meant giving up the entire day. He was a jack of all trades. He could fix anything and if he couldn’t, he would take the initiative to figure it out. Bill had a wide range of interests that he shared with family and friends, some of his hobbies included, boating, wood working, coloring and painting, sightseeing in state parks and botanical gardens, whiskey, farming, camping, acting as the lead in several plays at the Sunrise Beach Little Theatre in Sunrise Beach, MO, and enjoying the company of friends and eating out. Along with his parents, he was preceded in death by his sister, Sherry Williamson. He will be remembered and missed by his wife, Viv; his children, Steve (Lynnette) Williamson of Ft Worth, TX, Craig (Anita) Williamson of Bartlesville, OK, Mike Williamson of Crowley, TX, Jeff Williamson of Prophetstown, IL, Lynn Jarrett of Davenport, IA and Dawn (Kemal) Hodges of Davenport, IA; his 13 grandchildren, of which he shared boating, life experiences and just being a grandpa; his 5 great-grandchildren; and his brothers, Dennis and Patty Williamson and Mark and Gail Williamson.

The family of Noah "Bill" Williamson Jr. created this Life Tributes page to make it easy to share your memories.

Send flowers to the Williamson family.