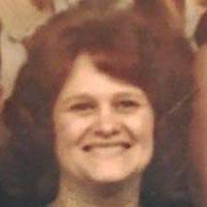 Virginia “Juanita” Wilkerson, age 82, passed away peacefully on October 26, 2018 at her home in Bradenton, Florida. Juanita was born on February 19, 1936 in Arkansas. She was married to Charles Doyle Wilkerson on February 15, 1953. They were blessed with five children. Mr. Wilkerson preceded her in passing on March 3, 2001. As a pastor’s wife, serving in Michigan and Florida, Juanita enjoyed teaching Sunday school, feeding the homeless, and singing evangelistic messages in churches, prisons, and the community. She was a longtime resident of Bradenton where she was a member Samoset Church of God for the past eight years. Juanita is survived by her daughter, Freda Hall and her husband Henry; son, Darrell Wilkerson and his wife Laila; daughter Dana Higginbotham and her husband Bo; daughter, Lisa Barco; son, Darren Wilkerson and his wife Rebecca; brother Dwayne Huff; brother, Larry Starns; sister, Sharon Everson; sister, Carol Ussery; brother, Dennis Starns; 17 grandchildren, 14 great-grandchildren; and four great-great-grandchildren. A Celebration of Life service will be held on Sunday, November 4, 2018, at 2:00 p.m. at Samoset Church of God, 3612 18th St E, Bradenton. Memorial donations in memory of Juanita may be made to Tidewell Hospice, www.tidewell.org. The family is being served by Skyway Memorial Gardens and Funeral Home of Palmetto, FL. Online condolences may be made at www.skywaymemorial.com

The family of Virginia Juanita Wilkerson created this Life Tributes page to make it easy to share your memories.

Send flowers to the Wilkerson family.