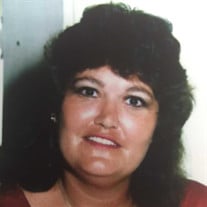 Penny Sue Piatt, 67, of Parrish passed away on April 19, 2019 with her 3 children by her side. She was born to the late Albert E. and Lebanna Jeffries on October 23,1951 in Toledo, Ohio. She later graduated from Northwood High School in 1969. She relocated to Florida in 1983. Penny married the late Carl R. Piatt in 1988 and remained married for 14 years until his passing in 2002. Penny spent the later part of her career at Bausch and Lomb until she retired. Penny was a woman of faith, She was caring and compassionate, and often thought of others before herself. She devoted many years as a caregiver to her late mother and husband. She enjoyed gardening, crocheting, reading, art, music (Elvis Presley), and dancing. She never took the little things in life for granted. She loved watching the sunrise with her morning coffee, the smell of fresh flowers, and the sound of birds singing. But above all, she loved her family. They were her world and she was theirs. Penny is preceded in death by her beloved husband Carl R. Piatt, grandson Kip Jeffries, son in law Jake Conley, and brother in law George Widmer. Penny is survived by her loving children: Blaine Jeffries and Fiancée Leane, Joe Schroeder and wife Aimee, and Theanna Bailes and husband Tony, Carla Sue Conley, Alicia Gonsalves and husband Andy, and Christine “Cookie” Lowery and husband Bob, ; grandchildren: Natashia Harmon, Kayla Whitted, Emily Newkirk, Victoria Bailes, Dakota Bailes, Vincent Jefferies, Phoenix Jeffries, Tony Conley, Maria Wells, Dana Carr, Johnathan Carr, Crista Francis, Kent Lowery, and Camron Roman; 17 great grandchildren; siblings: Albert Lee Jeffries and wife Audrey, Betty Widmer, Bobbi Corso and husband Ben, and Rick Jeffries and wife Faye; along with a host of other family and friends. A memorial service will be held Wednesday April 24, 2019 at 5 pm at Skyway Memorial Gardens 5200 US Hwy 19 N. Palmetto FL 34221. Family and friends are to gather beginning at 4 pm.

Penny Sue Piatt, 67, of Parrish passed away on April 19, 2019 with her 3 children by her side. She was born to the late Albert E. and Lebanna Jeffries on October 23,1951 in Toledo, Ohio. She later graduated from Northwood High School in 1969.... View Obituary & Service Information

The family of Penny Sue Piatt created this Life Tributes page to make it easy to share your memories.

Send flowers to the Piatt family.