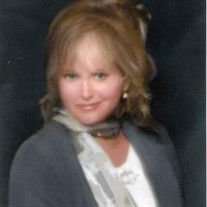 Captain Sydney LB Williams, devoted wife, loving mother and retired airline Captain, has departed on her last flight West from her home in Fort Myers, Florida, on August 12, 2017, at 0355. She was 69 years old. She had a brief but well fought... View Obituary & Service Information

The family of Mrs. Sydney Williams created this Life Tributes page to make it easy to share your memories.

Send flowers to the Williams family.